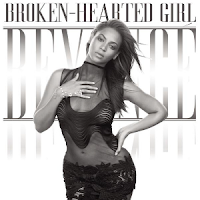 Good morning! I'm joining in with Sam and the gang for the Saturday 9, but I'm answering on the fly and will do my visiting a bit later. It's going to be a busy day. I have props for the Christmas program to deliver to the church this morning, then it's back home to bake cookies, and this afternoon is the women's tea at church...which I am emceeing. (Yikes!)

I also want to apologize to everyone who visited and commented on Thursday. I have wanted to get around and visit all of you, but both Thursday and Friday evenings once I sat down with the laptop I drifted off to sleep and woke up in time to go to bed. It's just that busy time of year and this year I'm actually working full time so it's just go-go-go!

Anyway, on with the questions.

Unfamiliar with this week's tune? Hear it here.
1) In this song, Beyonce admits her feelings for a man she doesn't want to love. Do you believe we can choose who we love? Or does the heart go its own way?  Well, I definitely think emotions and physical attraction can draw us to someone in the beginning, but it's my belief that real love is a decision that we make to join ourselves to someone and make it our mission to give our best to them and always want the best for them...and that the decision needs to be renewed every day. That so many people just go with their emotions and that physical attraction speaks to why so many find it easy to discard a marriage.
2) In the video for this song, Beyonce plays with a red rose. Florists report that the most popular colors of roses are: red, white or ivory, yellow, pink, peach or orange, and lavender or purple. Do you have a favorite?  When I was younger I loved pink roses, but these days I tend to favor the yellow and peach ones.
3) The video was filmed in Malibu. Southern California is a popular vacation destination. Have you ever visited there? Have you ever lived there?  No, I've never been to any part of California.
4) When Beyonce was just 12, she appeared on the show Star Search as part of a vocal group called Girls Tyme. The girls lost, but Beyonce said the experience taught her that she wanted to be a performer for the rest of her life. Share a memory from your own junior high years.  Ugh, that period of my life was pretty rough. My dad, who was always strict, was dealing with some major disappointments in his own life and I think that made him even more strict. I spent so much time being grounded for the smallest of infractions that I don't really have many good memories of those years.
5) As a girl, she helped her hairstylist mom by sweeping hair at the salon. Do you have a hair appointment coming up?  No, but I should call and get one. I'm looking pretty shaggy.
6) In 2009, when this song was popular, Facebook founder Mark Zuckerberg unsuccessfully tried to buy Twitter. Elon Musk acquired Twitter last month. What social media sites do you spend the most time on?  Just Facebook and Blogger. I have accounts on Twitter and Instagram but I never use them.
7) Also in 2009, Sony sold floppy disks at most retailers. But things change fast in the world of tech and by 2011, Sony quit producing floppy disks altogether. Floppies were replaced by flash drives, which have been replaced by cloud storage services ... Do you still have any floppy disks?  I don't think so, but it's possible one could be floating around. I know I have a few hard discs with photos on them still around.
8) In 2009, Michael Jackson died. Do you have a favorite Michael Jackson song?  Billy Jean
9) Random question -- We're having a Saturday 9 potluck lunch! What will you bring?  Cookies! I'm baking them already.
at December 03, 2022
Email ThisBlogThis!Share to TwitterShare to FacebookShare to Pinterest
Labels: Saturday 9 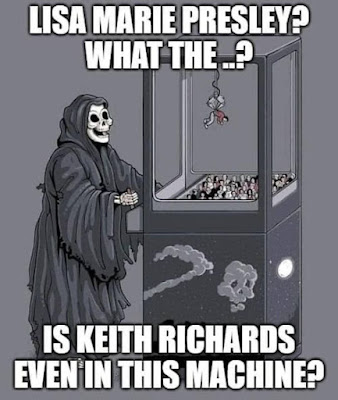